In 1990 Paul L Cox asked the Lord to do whatever He wanted with his life.  As Paul and his wife Donna continued to pray, the Holy Spirit touched them and they would never be the same.  Nor do they ever want to go back to ministry without the Holy Spirit.  The Lord gave Paul the gift of discernment.  For the first time they could see people’s lives being changed.  After years of ministry, they were now seeing people transformed by the generational deliverance prayers the Lord gave them to pray.

God gave Donna the vision of a Victorian house with the name Aslan’s Place.  She tucked this dream away in her heart as a place for leaders to come to be safe and to be ‘loved on’.  Then in December 1998 Cindy Jacobs prophesied that the Lord was going to give them a Victorian house!  In 1999 they closed the sale on a lovely Victorian house in California, USA with God’s provision.

At Aslan’s Place they now have a ministry to those seeking prayer for generational bondages.  They also travel around the world to train and pray for teams, and to minister in local churches.  Their last visit to us in Mountain View Community Church in Ireland was in May 2015.

ChristianBooks.ie is the European supplier for Aslan’s Place books – by Paul L Cox, as well as some by associated authors.  For those new to these books, we would recommend that you start with Heaven Trek and Come up Higher. 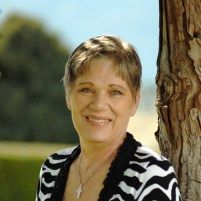 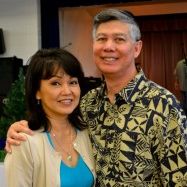